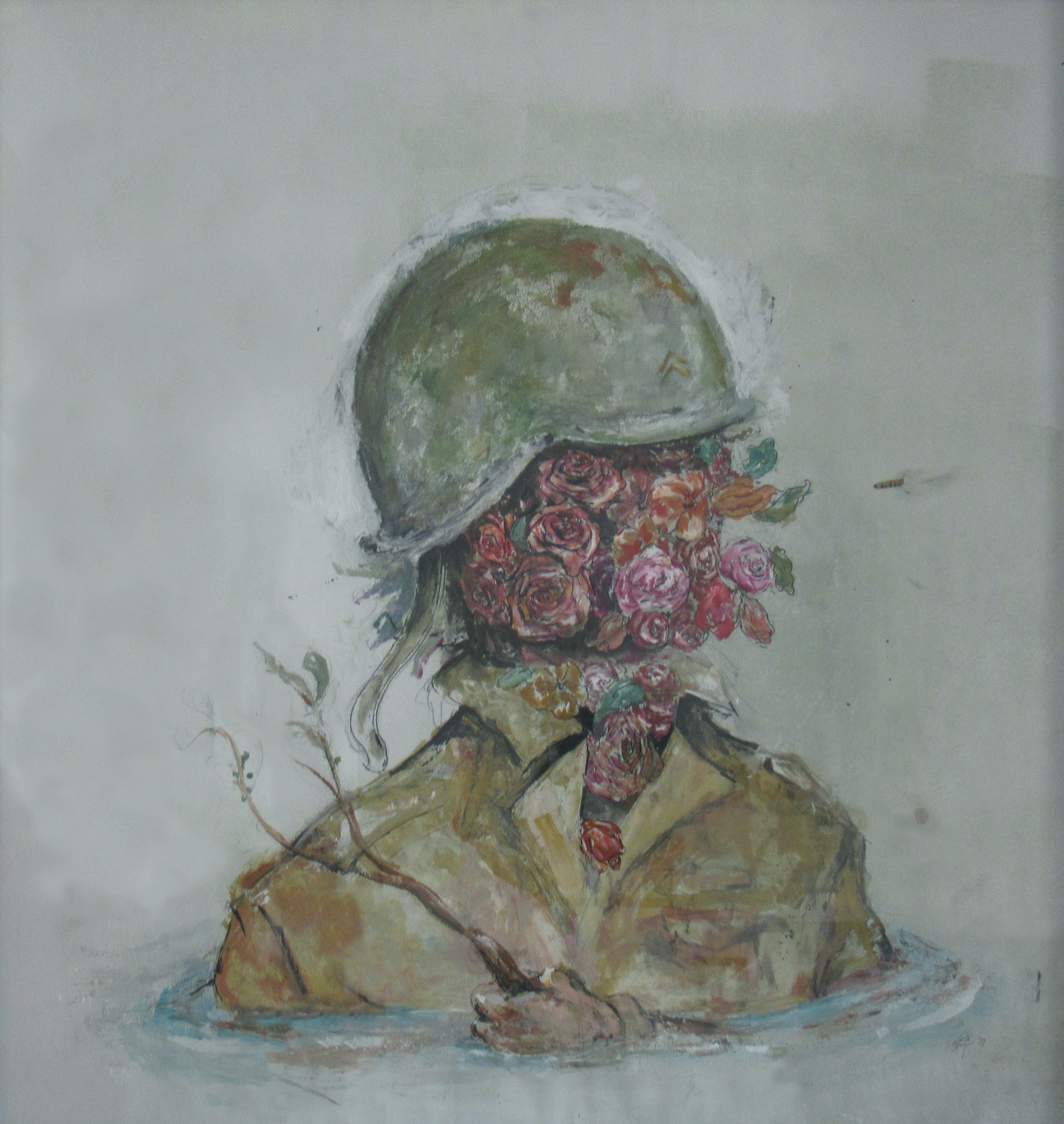 Materials: Oil, ink, graphite, canvas
Date: 2014
Dimensions: 37.5” X 38”
(Illegibly signed, lower right corner)
A contemporary mixed-media on canvas, depicting a military decoy or ‘dummy’ as a soldier, shown here comprised of bright flowers. Dressed as an army private, the dummy’s uniform includes a helmet, jacket and a single glove; the gloved hand clenches a branch, as if anxiously holding a rifle close. Demure ripples echo around the figure, which suggest it is submerged in water. Inches away, an oncoming bullet is captured speeding in the direction of the pitiable dummy, the defenseless target of the impending explosion of violence.
‘Flower Power’ the popular anti-war slogan of the 1960’s summer of love, first comes to mind, iconic images of flower children, sweetly offering daisies to soldiers, in hopes they’ll give peace a chance. The artist’s symbolic choosing of soft roses, peonies and leafy branches for this Arcimbolo-esque figure, in place of hay, burlap or any other more sensible stuffing material (more accessible during wartime) for what is essentially a device used for aggressive ambush, was not in vain. The immediate and universal message, whether conveyed through the presence of flowers and military trappings, or the gentle water ripples versus the violent sonic wave chasing a flying bullet, is clear: War is the senseless, destructive and cruel antithesis of love, nature and creativity. One can argue this unique juxtaposition takes on a more complex meaning than the constant cyclical nature of war devouring what peace accomplishes. Given the purpose of withstanding destruction for the sake of a powerful cause, the decoy becomes a cathartic effigy, embodying the resilience of peace.
SOLD – Private SoHo collection