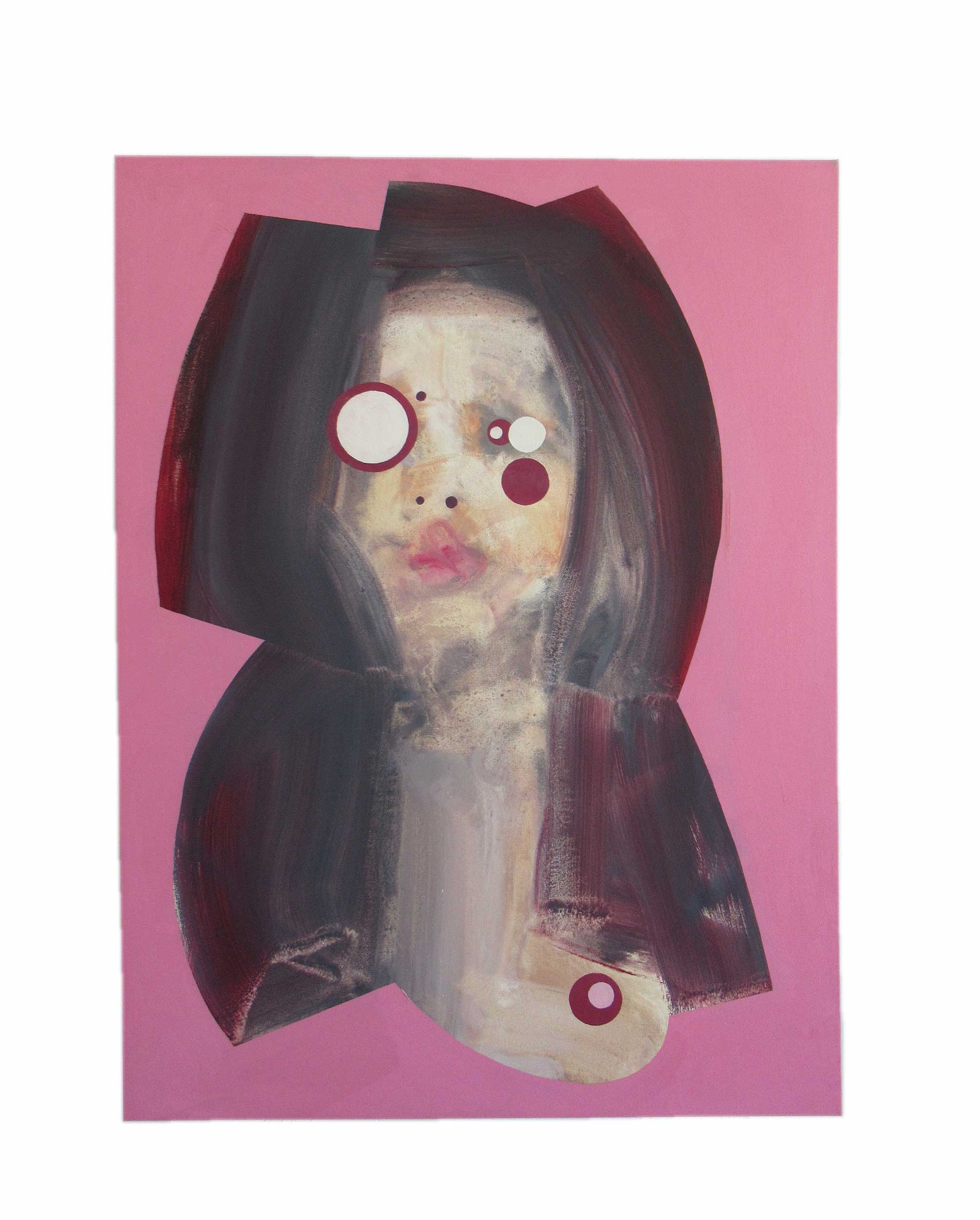 This is Peggy Vivian, a brilliant expressionist portrait created early into Cesar Finamori’s “Lost Girls” series, her visage reflective of the artist’s mastery of contrasting elements, in both technical form and figurative language. Christened in the same manner as her sisters from this series, her highly feminine, canonically mid-20th century name stokes visions of Hollywood starlets, 60s era fashion icons and advertisements of dewy glamor girls, often photographed against a solid pop of color. Juxtapose to the charming, mod-dish nature of Peggy’s given name, the surname Vivian was inspired by the life’s work of outsider artist Henry Darger (1892-1973), specifically The Story of the Vivian Girls, in What is Known as the Realms of the Unreal, a dark fantasy landscape, filled with psychosexual, often violent imagery and fanatical mythological symbolism.

The elusive, otherwise subconscious connection between the Vivians of Darger’s epic and Cesar’s portraiture is purely expressive; the primal essence of this surreal tale of power and strife takes on grotesque and abstracted form, a psychological state that soundlessly explodes from the head of this woman. Tied into the artist’s own conceptual and rendering process, deriving inspiration from the theories and techniques of Francis Bacon (1909-1992), Juan Miró (1893-1983) and Wassily Kandinsky (1866-1944), Cesar deconstructs, recreates and builds upon this face from the chaos, materialized by his own instinct and sensations. Peggy’s face, long neck and plentiful brunette tresses, manifest from organic, painterly strokes, her human features barely discernible, save the suggestion of pouting pink lips and shading to her eye socket and chin. Whereas these semi-naturalistic forms, tones and the gentle tilt of her head repel the viewer, pulling her back, the artifice from the surrounding, jarringly bright pink field, stark asymmetrical angles of her hair and flat, bold circles, distorted illusions of her eyes, only beckon us closer.