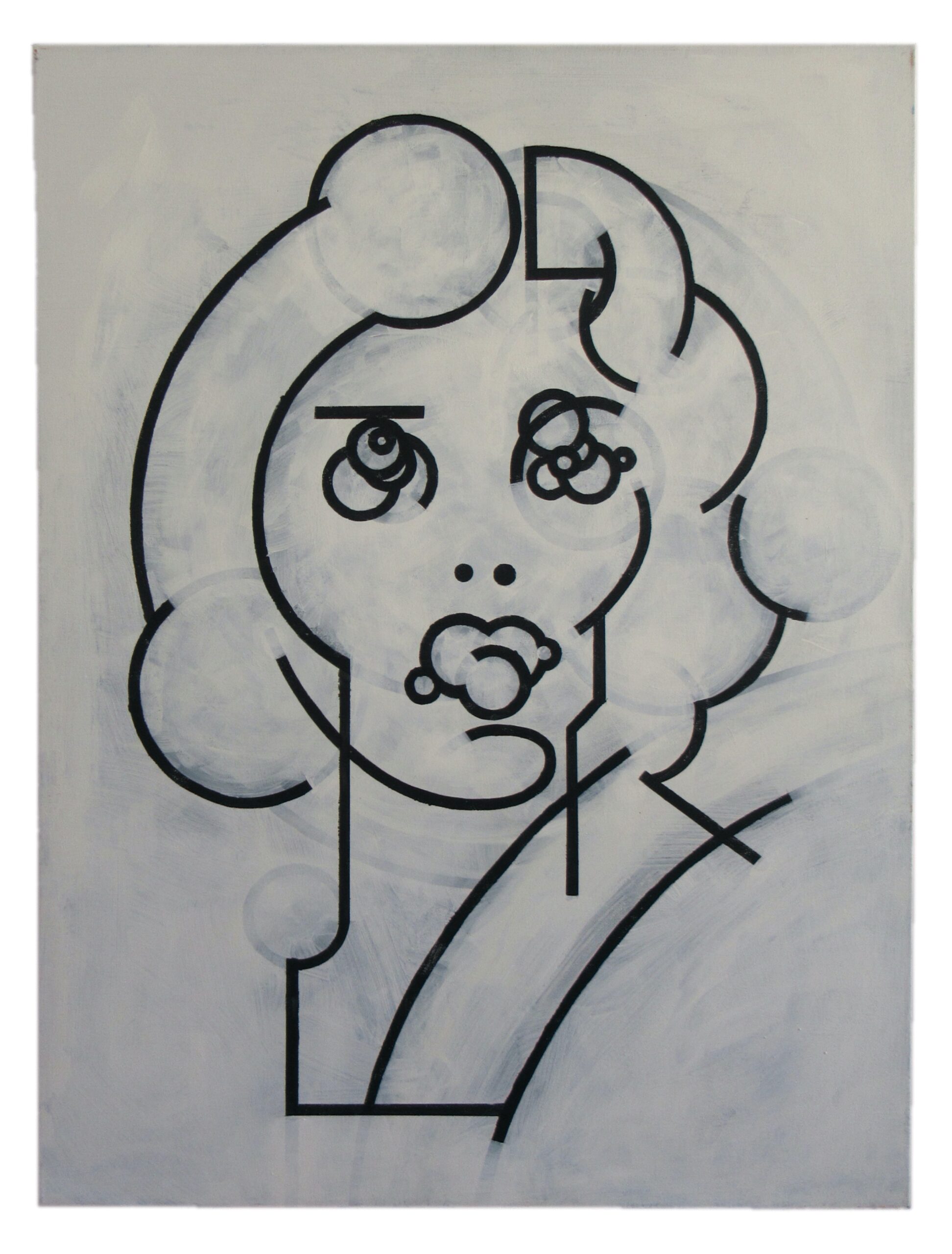 Meet Sofia Vivian, a curiously abstracted portrait of a woman by contemporary NYC artist Cesar Finamori (b. 1967) from his ‘Lost Girls’ series. First impressions of this minimalist figure, comprised of clean black lines against a white field, may bring to mind the modern art movements of first half of the 20th century, noting the flattened geometric forms and sharp outline of her refined pose, vintage curled hairstyle and cupid’s bow lips. Amongst the array of uniquely designed, surreal female faces from this series, Sofia embodies the methodical process Cesar follows in producing his Vivian paintings, their titular surnames a nod to the work of outsider artist Henry Darger (1892-1973), whose obsession with gender, spirituality and power inspired a psychologically charged visual fantasy epic.

Cesar’s modus operandi begins with breaking down and removing distinct vestiges of humanity from the subject of which the portrait is based; natural details, texture, dimensionality and all tethers to reality are omitted, leaving only primitive recognition of form and gesture. The artist, meditating on the energy and emotion he draws forth, applies circles and lines, layered by translucent coats of paint, to shape and breathe life into Sofia.